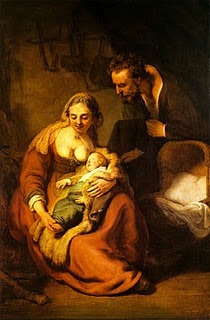 {Renato Fontes (thank you!) did this nice English translation of my Portuguese Christmas Message to Unbelievers, so that I'm also spreading it!}

Message of good will to those who believe in other religions, to

atheists and secularists of all kinds:

Please - just for this time - yield to the temptation. Celebrate

Christmas too (without solstices or other jokes, please). Don't impose

that new year's negationist penance upon yourself ...

"Celebrate what? Christianity has brought only oppression to the world!"

Yes, Christianity is not innocent. I didn't forget about the Crusades,

Servetus, the indigenous genocide by the "Christian" settlers, not to

mention the persecution to heretics, the religious wars in Europe, the

or Benny Hinn), the spankings from your overpious

mother, and so on... But, anyway, those evils were already in the

world before Jesus appeared. Even the persecution of "heretics" was

something that Antiochus Epiphanius (pagan) already did - that's what

the book of the Maccabees says. Humans have always had reasons to do

such evil things. It doesn't take a special inspiration or ingenuity

On a second thought: maybe Edir Macedo has been a genuine Brazilian

But, even if you don't believe that Jesus is the divine Logos in human

flesh and are mad at the tithe, you have to admit that, without Jesus,

there wouldn't be some innovations that demand inspiration, ingenuity

and virtue. Without Jesus there wouldn't be Christian anthropology, or

Christian universalism, or the Apostle Paul (see Slavoj Zizek), or

St.Patrick's and St. Columba's missions, or the

philosophical-religious synthesis of the semitic mind with the Greek

mind to form Europe, or the linear view of History, or the

desacralization of nature, or the rupture from Greek rationalism, or

Augustine (and, in the future, the concept of Self), or the abolition

of the infanticide and repression to slavery, or Christian "caritas",

And then there would be no West, as well as the first hospitals, or

or Cambridge and Oxford, or Dante Alighieri, or Pico Della Mirandola,

or the Renaissance, or Rafael, or the Reformation, Luther with his

freedom of belief, or public schools to teach how to read the Bible

(and other things as well), or Johann Sebastian Bach, or Rembrandt, or

empirism, or the Royal Society (see Hooykas), or the scientific

revolution, Pascal, Martin Bucer, the modern constitutions, or even

(or the American Revolution, for that matter, or even Marx, if you

will), not even Harvard, Yale and Princeton with their respective

founding churches, or the modern idea of human rights (see

Wolterstorff), or William Carey and the end of the burning of the

widows in India, or the abolition of slavery (see

Wilberforce), or Comenius, Kierkegaard, Dostoyevski, not to mention

even... Heavy Metal!), and the list goes on: the Red Cross, Maritain,

("I Have a Dream"), Solidarnosc in Poland, Tarkovski, Arvo Part,

Malick, or Desmond Tutu and the Commission for Truth and

Reconciliation, in South Africa, and so forth...

Yes, you can curse the misery of religion, but be honest and take a

rational action of proportional response. Like it or not, you are

So, as I said, don't impose such penance upon yourself. Forget your

unbelief just for a few moments (it isn't that hard. Don't you do this

with your life every Friday night?) and thank... the universe (?) for

Jesus Christ. If, after getting some information about Christian

History (I said History, not Dan Brown and the likes) a feeling of

gratitude arises in you, don't repress it - even if you don't know

where to direct it. In the absence of alternatives, thank the wind.

Even then, it will be better than sleeping on the street again this

Celebrate Jesus Christ, whoever he is! No Crepúsculo do Pensamento Ocidental 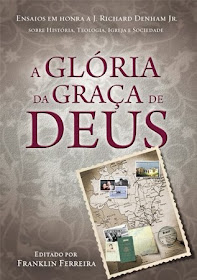 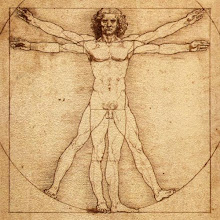 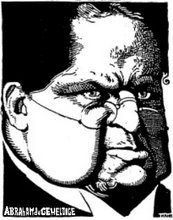 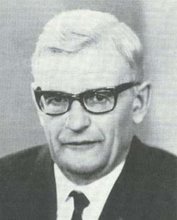 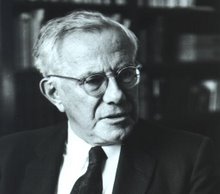